The clepsidra, known as the hourglass, derives from the Greek κλεψύδρα (klepsýdra), which literally mean wáterthief. One of the oldest hourglass dates from the XV century AC, and was found in Pharaoh Amenhotep Tomb. The first “clepsidras were conical devices filled with wáter. The outflow marked the passage of time. Eventually, these cones were filled with wáter, and acquired the name “Clepsamia” – from the greek, sandthief.

In the eighth century, Venice was the main glass manufacturer, which allowed them to develop a new method to calculate the timing intervals.

The clepsidra was composed of two cones joined vertically with a metallic hollow disk, the diameter of which determined the calibration. The piece was put together with wax and threads. The sand – which could be from Flint, marble, lead, egg shells or coral, would flow from one cone to the other.

In our workshop, You can find hourglasses made of wood, metal, as rycled materials. They are all handmade. We can personalize them to your design, as well as varying their colour size and shape. 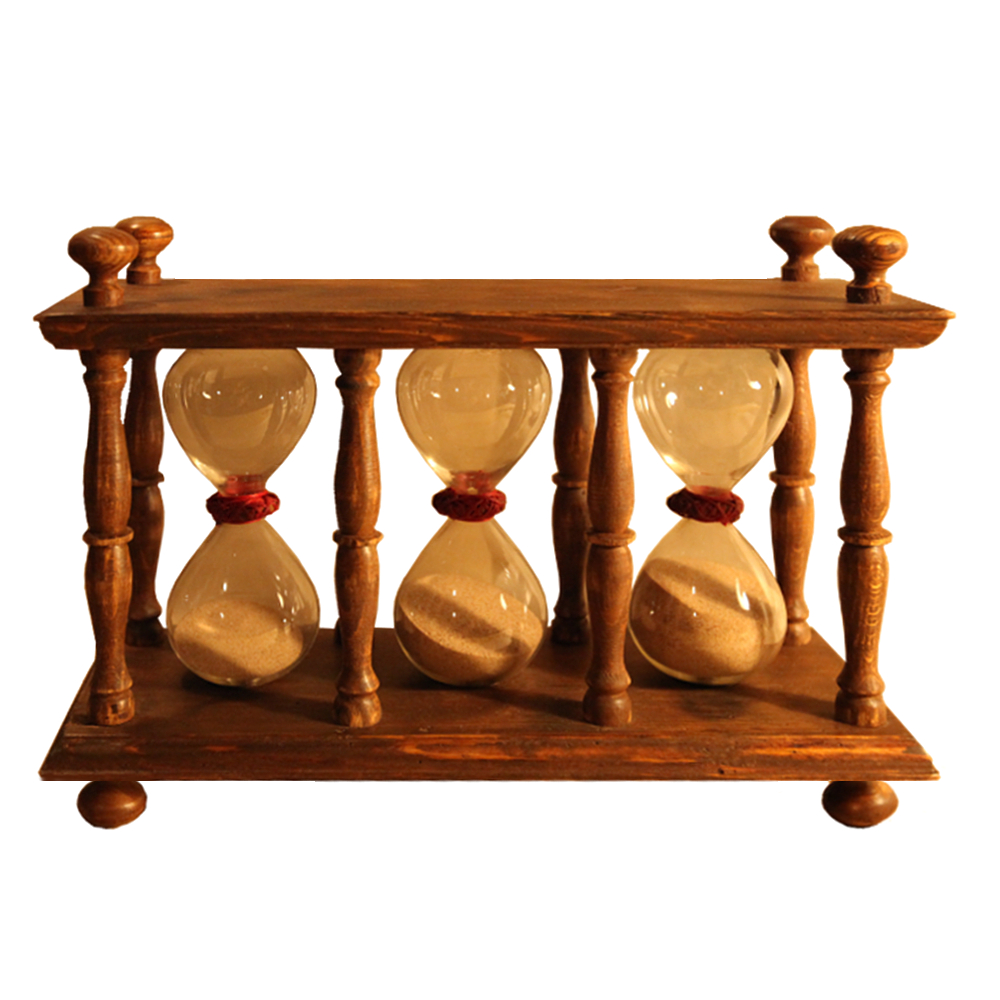 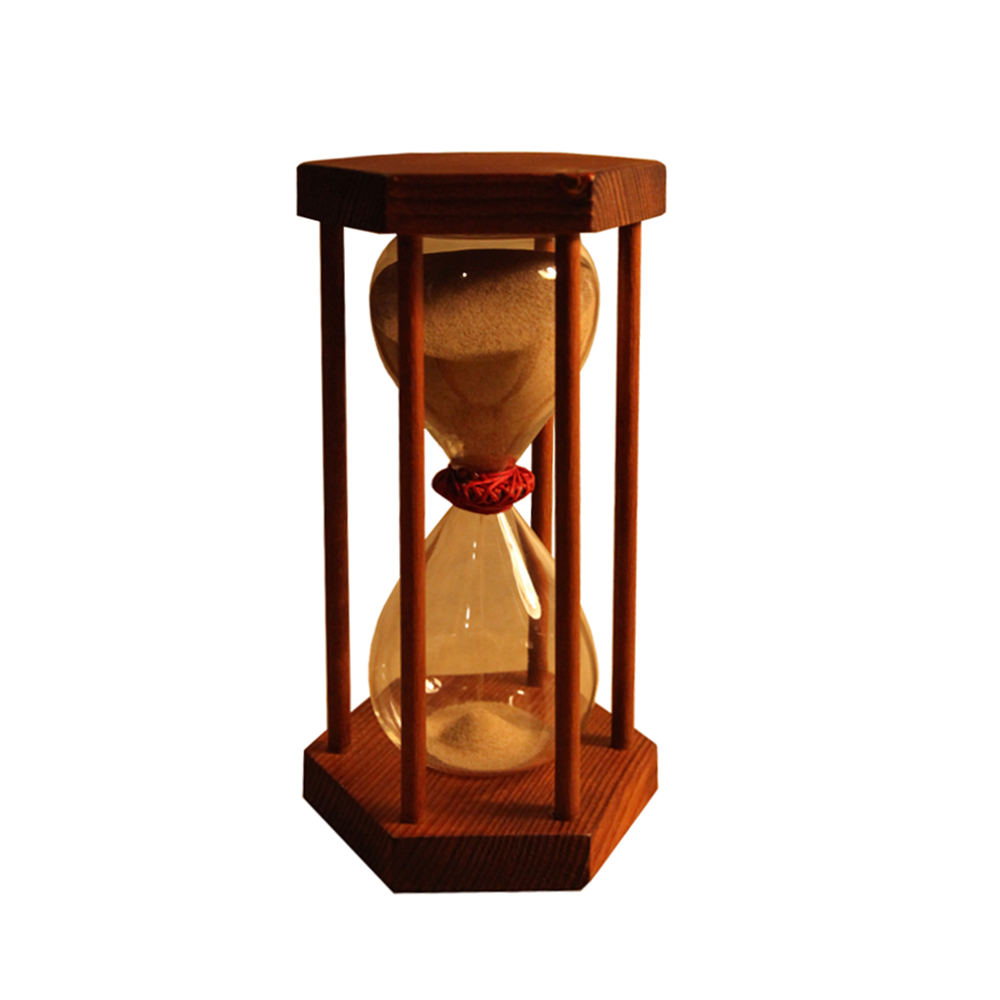 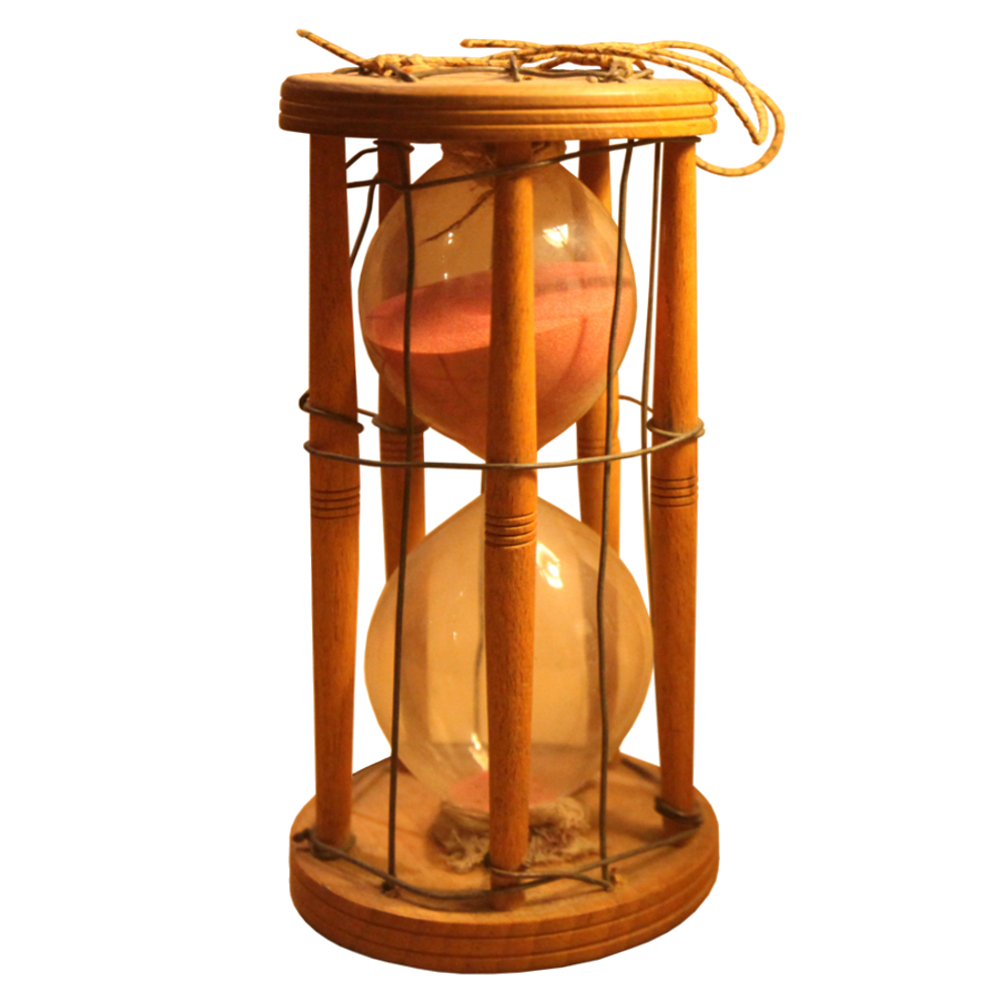 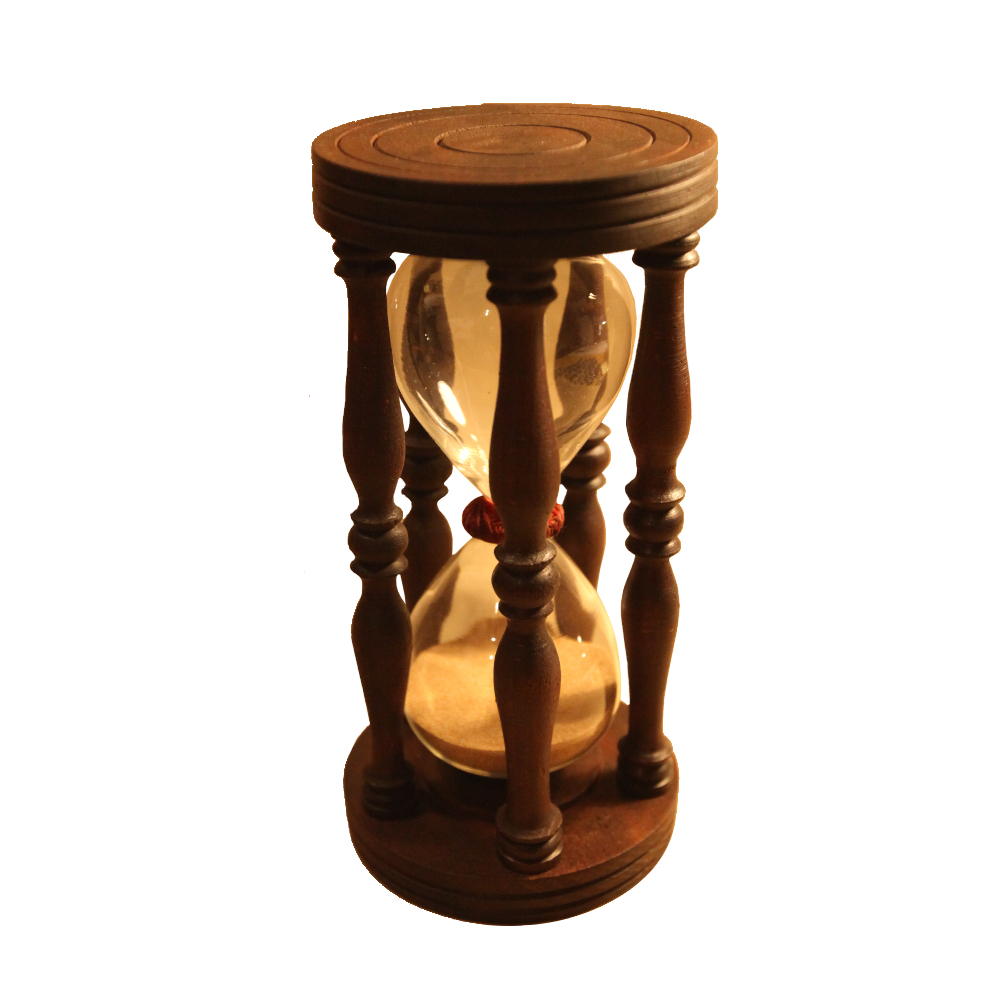 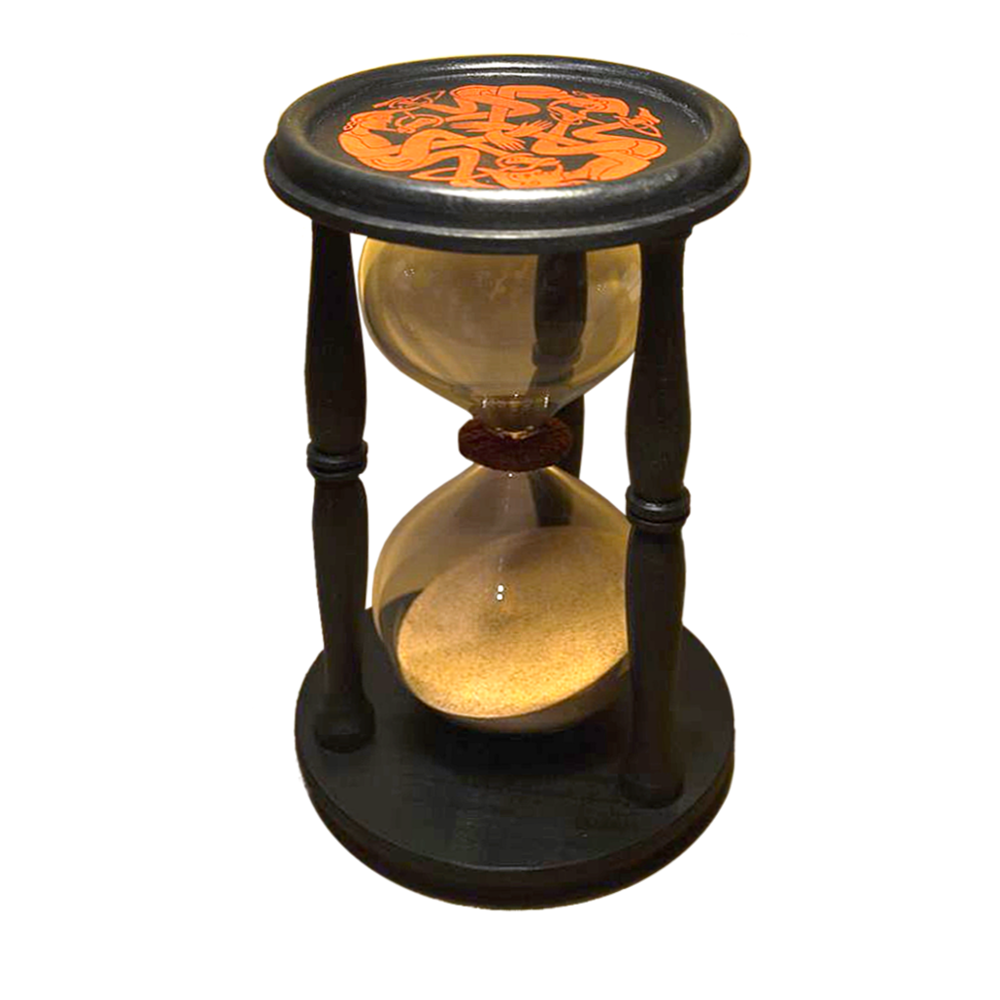 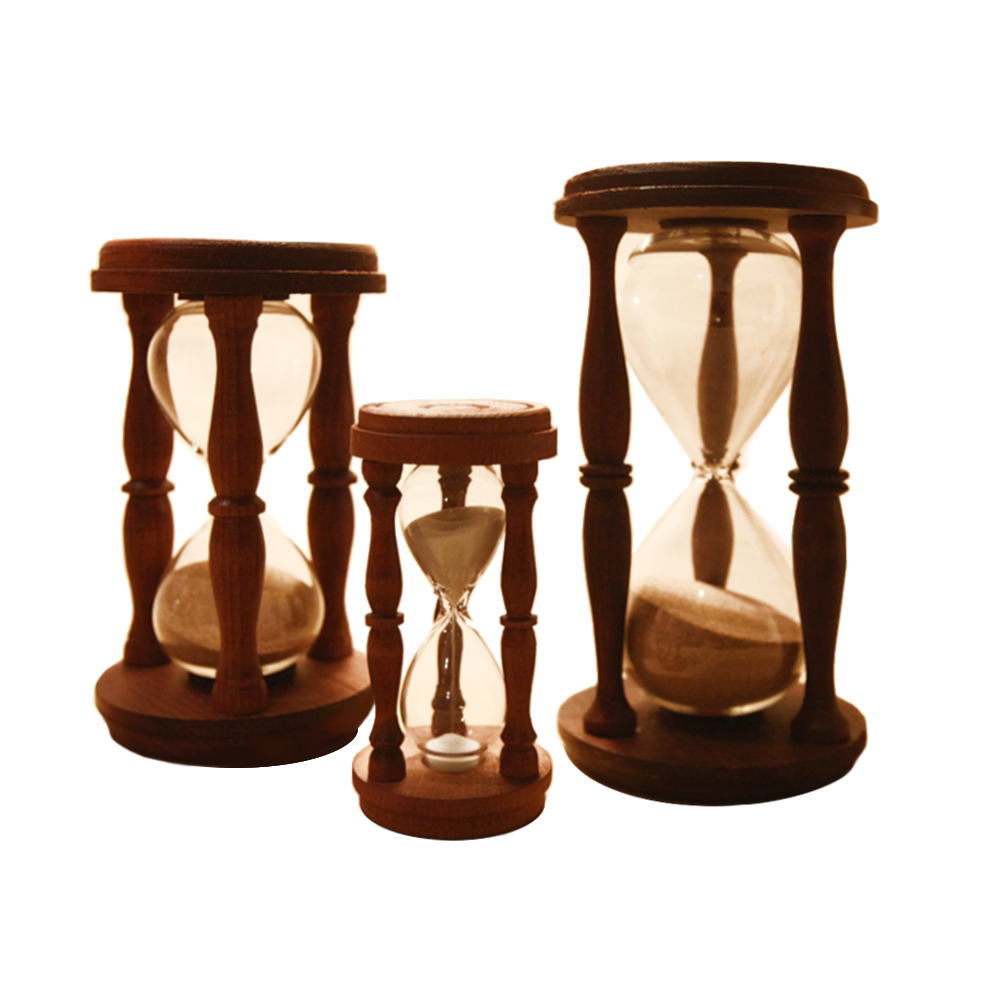 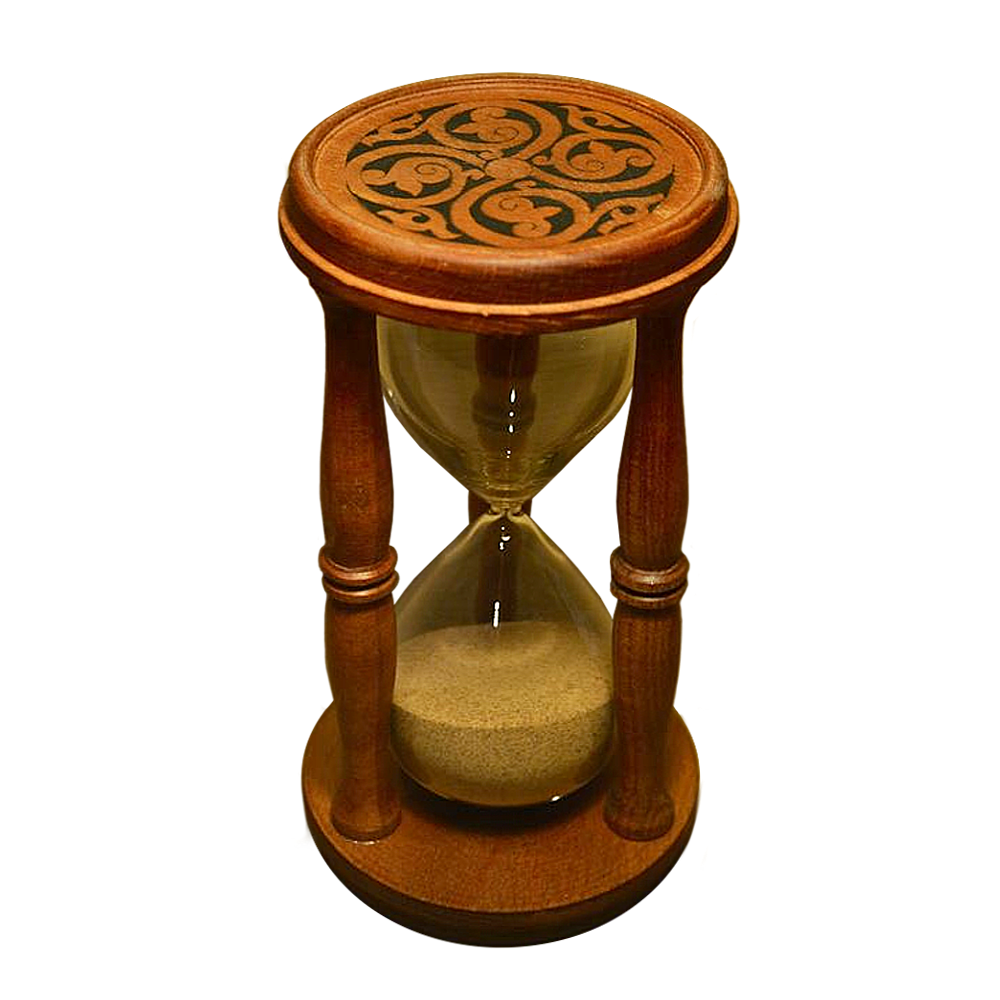 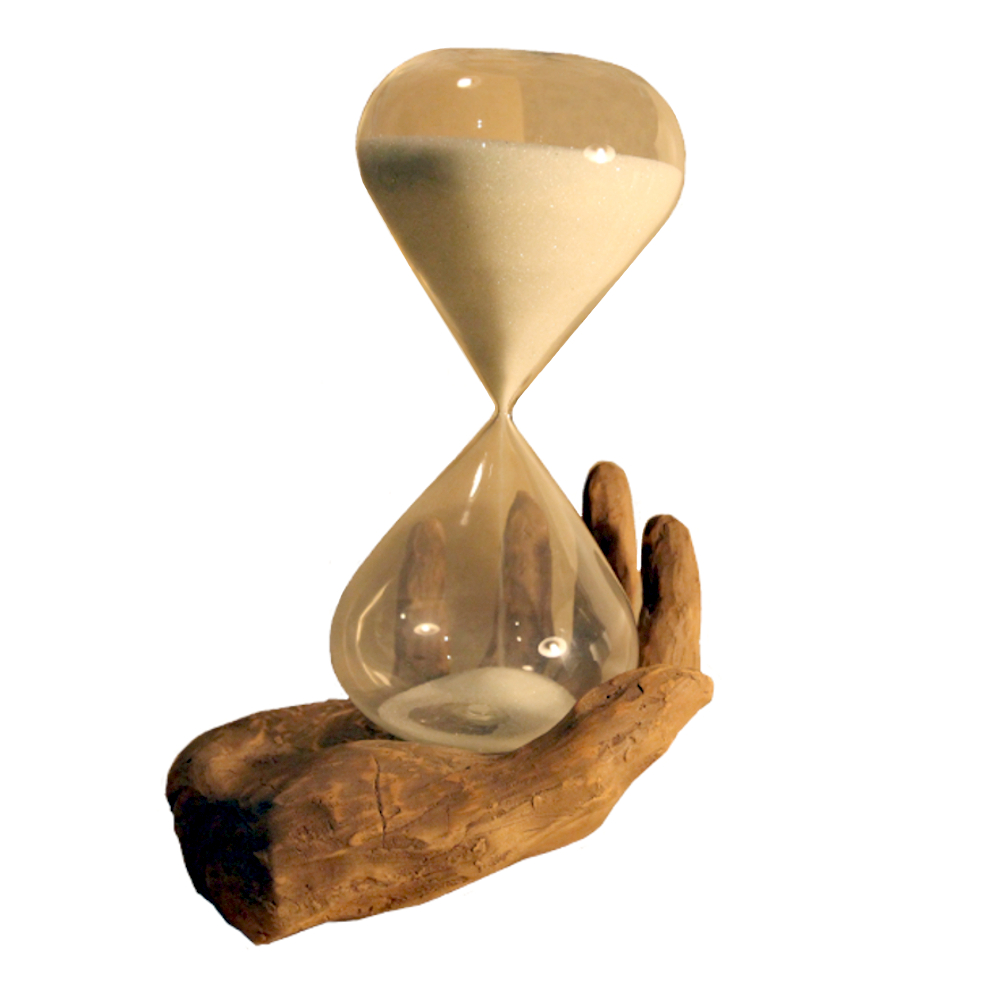 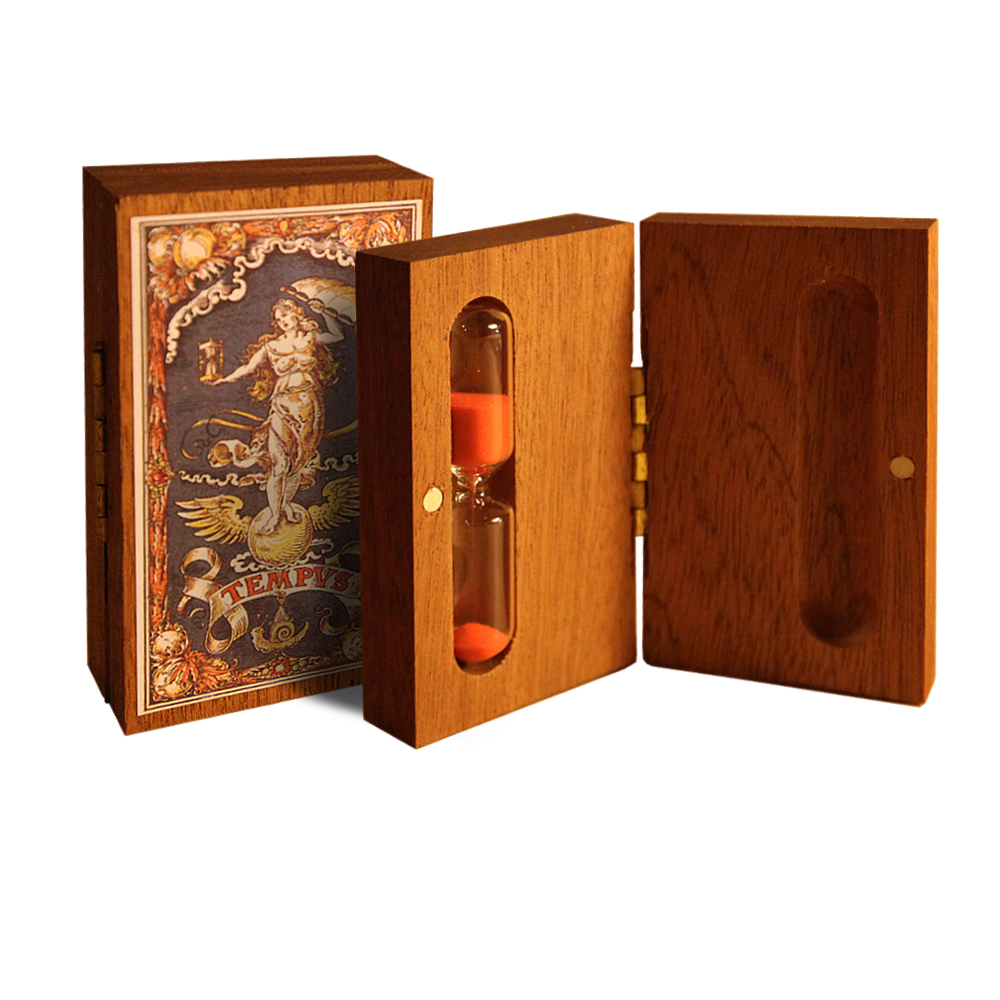 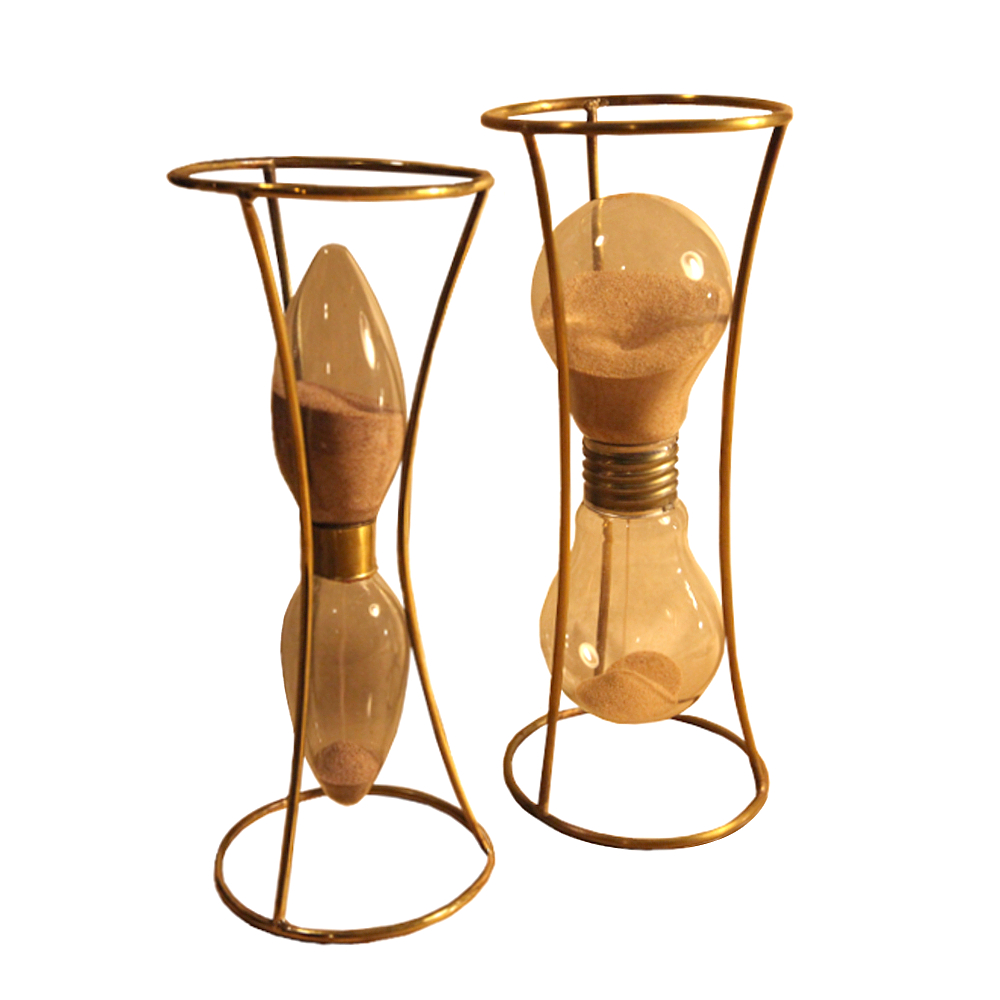 Hourglasses made with old bulbs

Hourglasses made with old bulbs 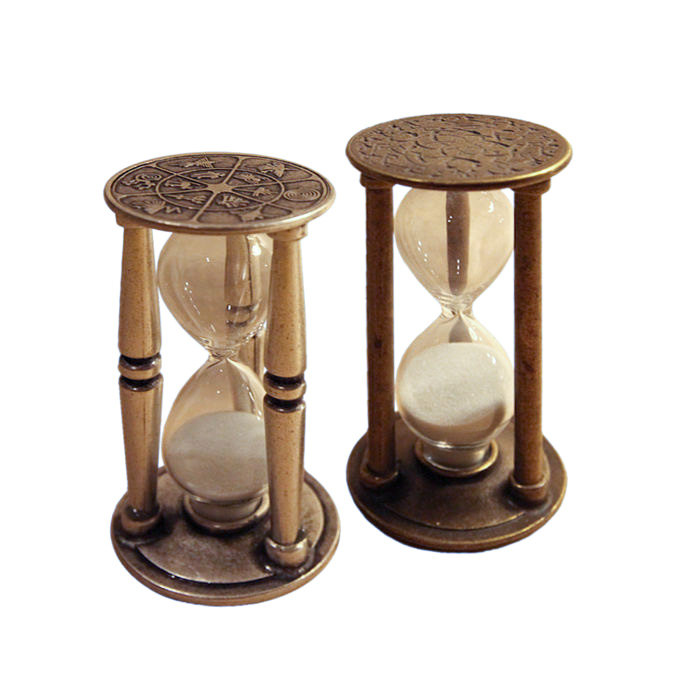 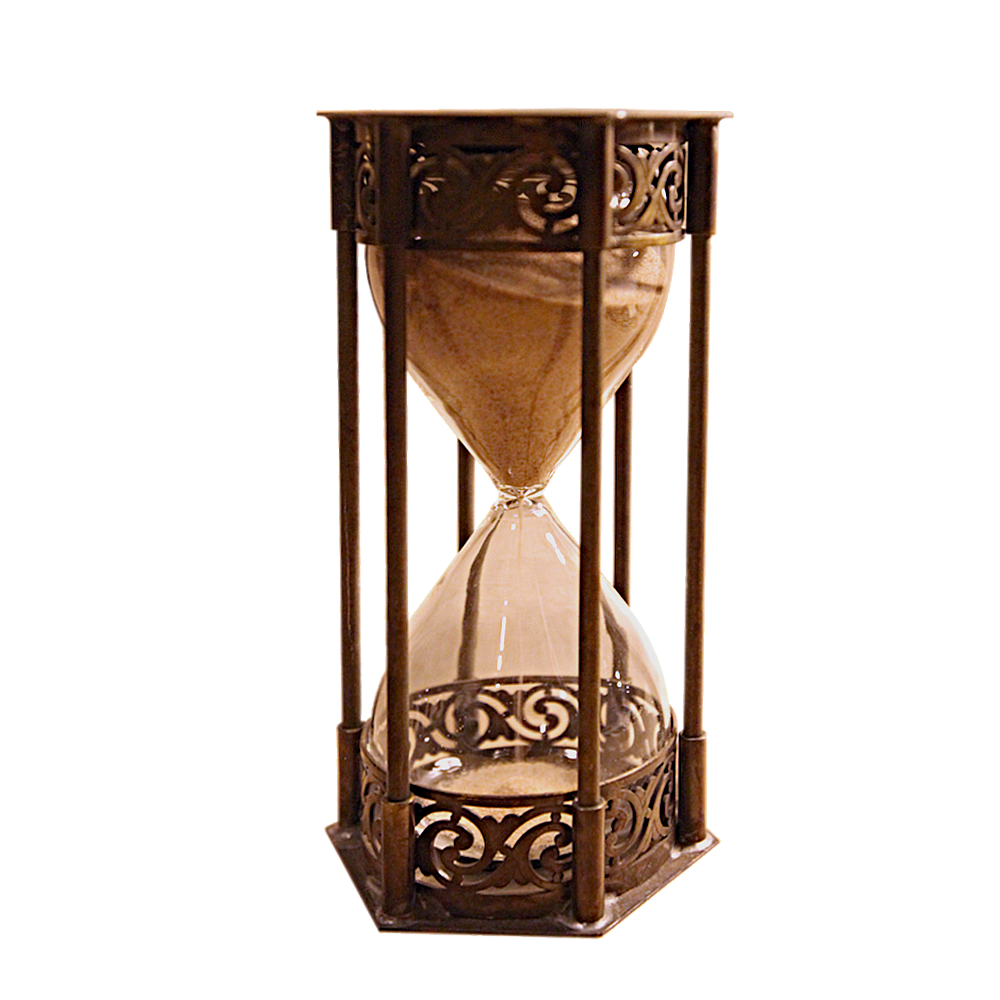 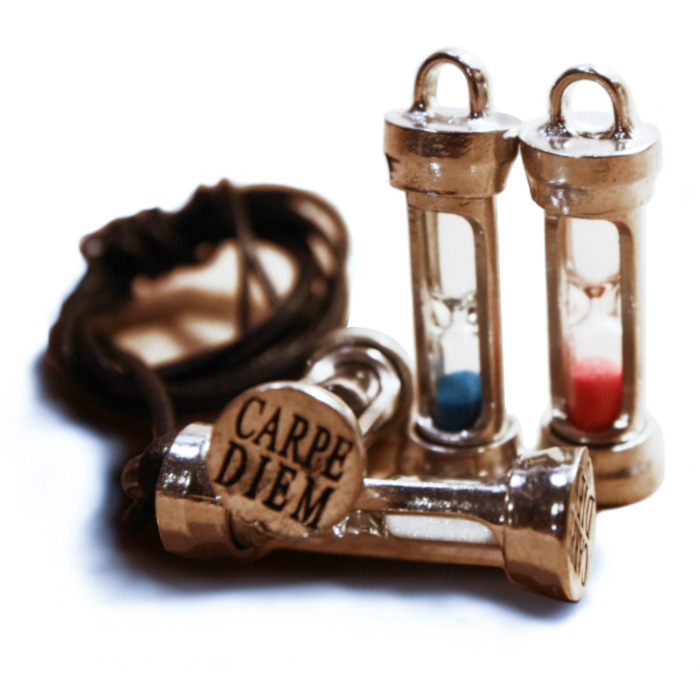 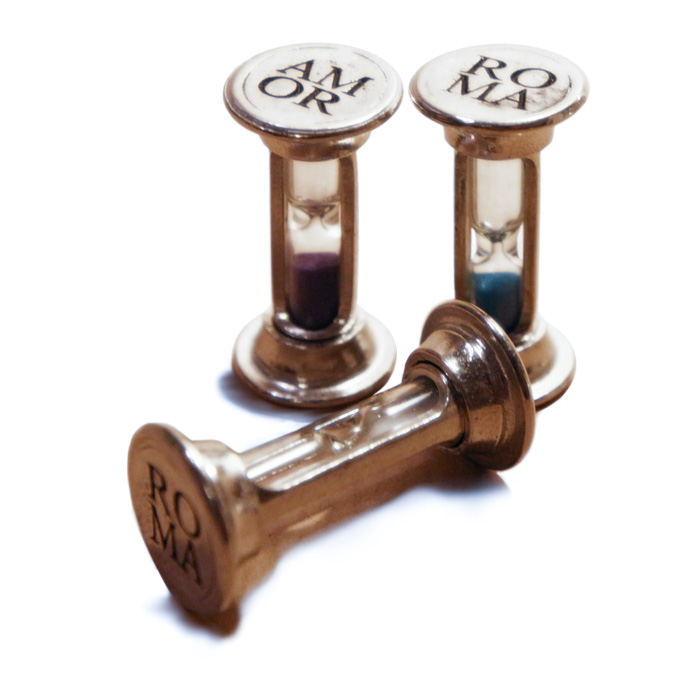